Ease Whatever Ails You 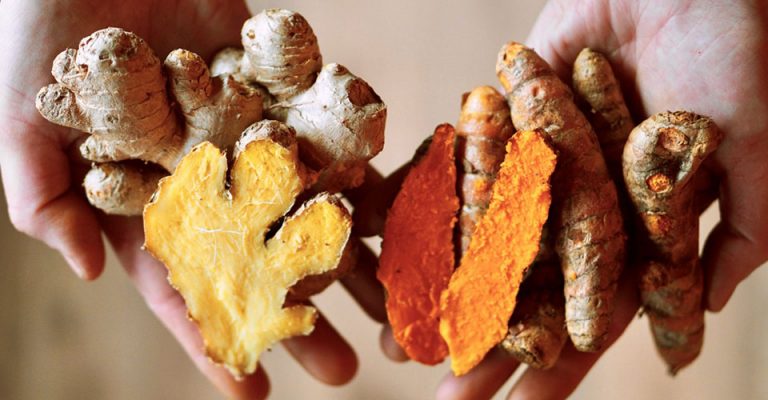 Fighting a cold with boring old rest and over-the-counter meds is so 2009. These days, instead of dutifully heading out to a drug store for a bottle of neon cough syrup, more of us are turning to alternative methods to prevent colds in the first place, and fight them when and if they arrive. According to Center for Disease Control and Prevention, more people are turning to yoga, meditation, and chiropractors, instead of, or in addition to, mainstream Western medicine.

Between 2012 and 2017, the use of yoga increased from 9.5% to 14.3%, the use of meditation skyrocketed from 4.1% to 14.2%, and visits to chiropractors increased slightly from 9.1% to 10.3%. Another National Health Statistics Survey found that one-third of Americans seek out alternatives to Western meds, including fish oil, probiotics, and deep breathing exercises to prevent health issues and ameliorate others.

And let’s not forget our good friend booze. Since Biblical times, practitioners of both Eastern and Western medicine have utilized alcohol to fight germs and dull the edges of the worst cold symptoms. Alcohol temporarily dilates blood vessels, which eases irritation from inflamed mucous membranes, and it can help you drift off into a sweet slumber.

Still, few doctors would encourage their patients to do shooters of vodka; but a cocktail or two, with the benefit of added health-giving properties? Now we’re onto something.

As far as cold prevention goes, one of our favorite methods is to drink wine. According to a study in the annals of modern medicine, drinking 14 or fewer glasses of wine per week, when compared to abstinence, reduces the chances of catching a cold. And yes, scientists have linked the antioxidants in wine to reduced runny noses.

Once you have a cold, there is, of course, the OG cold-busting drink of yore: the Hot Toddy. Made of whiskey (we like Stoutridge Distillery‘s Southern Ulster Blended Whiskey), and in some recipes, brandy (try Black Dirt Distillery’s Applejack), with hot water or tea, lemon, and honey, the Hot Toddy has been utilized by generations of cocktail enthusiasts for good reason: the Vitamin C in lemons and the antioxidants in locally-sourced honey will do wonders for your cold and ease the tickle in your throat. Plus, it’s warming and yummy (and you need that when you look like Rudolph and feel like the Grinch).

For other delicious ways to prevent and fight colds, with or without the addition of alcohol, read on.

Ginger root—spicy, pungent and inexpensive—also contains the bioactive compounds gingerols and shogoals which have been shown to reduce inflammation, ease sore throats, and fight infections. Chop it up and add it to chicken soup, or toss some along with honey and lemon juice in a Toddy. Or, grab a pre-made Ginger Elixir (original, or flavored with other health-boosting properties like Cardamom, Yerba Mate and Turmeric) from West Hurley’s ImmuneSchein. Drink it solo, or with your favorite mixer. Go here for recipe inspo, including Margaritas, Horchatas, and Mules.

Or, enjoy the benefits of Brooklyn’s Barrow’s Intense Ginger Liqueur, made from just fresh ginger, sugar, cane spirit, and filtered water. Try it straight from the bottle on the rocks, or in a cold-busting cocktail like a Maple Libre or French 60.

More research needs to be done, but CBD—one of 100+ chemical compounds known as cannabinoids found in the cannabis plant—has been shown to relieve pain, reduce inflammation, and fight infections, among other potential benefits. THC (tetrahydrocannabinol) is the main psychoactive (or buzz-making) component in cannabis; CBD, in other words, doesn’t make anyone high.

But it sure can taste good going down, especially in the CBD-infused Mellow Currant Shrub from The Hudson Standard. Blended with organic apple cider vinegar, black currants, and black raspberries, the whole shebang is brimming with health-boosting antioxidants and bacteria-busting vitamins. Mix with Prosecco, gin, or Mezcal for extra fun.

Capsaican is a chemical that gives chilies, like jalapeños, their fierce bite. It’s thought to soothe pain and fight infections, both of which are needed during cold season. But jalapeños are also loaded with Vitamin C, B6, A, K, folate and manganese.

Chop them up and toss them into your favorite hot pot or stir fry. Better yet, stop in for a mug of spicy suds at one of the local breweries venturing into Jalapeno beer. Back Barn Brewing Company in Delanson dry-hops them right into their Peño Pils. Or pick up a growler of Jalapeño Rye from Big Alice Brewing in Queens.

Nothing like a cuppa when you’re under the weather. Herbal, green, elderberry, and Echinacea teas are shown to shorten bacterial infections and viruses, and ward them off with antioxidants.

Thankfully, two self-described “tea drinking boozers” named Jennie and Maria took it upon themselves to create delicious low alcohol (around 4.6%) tea-infused lemon, hibiscus and raspberry canned cocktails they dubbed Owl’s Brew. The line of three flavors is built on a mood-elevating malt beverage base, and they are as uplifting and delicious as they sound.

Kombucha, like many other fermented products, has been consumed for thousands of years across the world…but only recently have Westerners caught on to its healthful properties. Kombucha’s high levels of antioxidants and probiotics have been shown to kill bacteria and boost the immune system to fight off symptoms, before and during cold attacks.

You can grab a slightly fizzy kombucha on tap if you’re lucky and hip enough to live near one of the many bars and health emporiums offering it as an alternative to alcohol, or get a subscription of Beacon’s Blessed Brew delivered year-round. Drink it solo, or add it to bourbon, whiskey or tequila.

Ailing from a cold never felt so good. Cheers!

Always drink responsibly, and seek the guidance of your doctor or other qualified health professional with any questions you may have regarding your health or a medical condition.