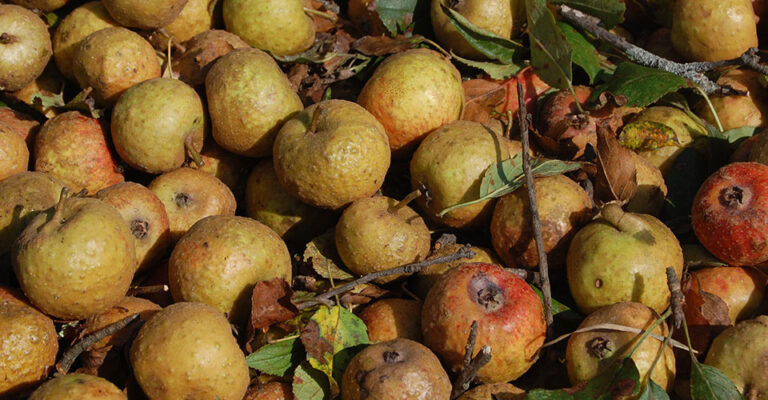 Modern commercialization is changing the way food is grown and processed, and consumers are faced with hard decisions about what they choose to eat and drink. Farmers are prompted to react. At the core of this dichotomy is sustainability, an ecological and financial tug-of-war that challenges today’s farmers to meet the needs of the present without compromising the future. In Uncultivated – Wild Apples, Real Cider, and the Complicated Art of Making a Living, cidermaker Andy Brennan paints a philosophical picture of real-life issues he faces balancing the needs of a sustainable farm business with a passion to follow his heart.

Brennan, an artist, turns a recreational appreciation for nature into an eventual occupation as apple grower, cidermaker, and, in his late 30s, cider business owner. In Uncultivated, the common thread throughout his journey is the ubiquitous wild apple. Brennan’s faith in his beloved imperfect pomme connects the many ethical, psychological, and economic issues he presents in this book as he ponders and reveres their existence.

Brennan’s exuberance for the wild apple is infectious. His hardcore approach to natural cider making poses questions that dive deeper into the essence of sustainability and often beg further rumination. (Are apples really “natural” if they grew from seedlings that were strategically planted in tidy rows a commercial orchard? And should cider made from these apples be considered a “natural” product if the trees were cultivated?)

Readers follow Brennan on a decades-long journey in Uncultivated, but to fully comprehend his mission, they must first buy into his core belief, clearly noted on the homepage of his cidery’s website: “early Americans drank history’s best cider.” It is on this simple premise that Brennan and his wife Polly have molded their Aaron Burr Cidery business into cult status, and what has allowed them to survive, sometimes meagerly, while satisfying their yearning for “simpler times”. It is this underlying belief that defines the ciders that Brennan crafts from the wild apples he painstakingly forages.

Brennan shares stories of his wild apple pursuits with boyhood glee, and his enthusiasm isn’t stymied by the harsh curves nature sometimes throws him, even if it involves macheteing through overgrown forests and thickets to get to a cropping of wild trees, then spending hours perched precariously on a ladder plucking fruit—only to drive away with a few precious bushels. But Brennan, a self-proclaimed introvert, is a wild apple “whisperer”, listening to message of these forgotten trees that survive in the wild. During difficult seasons, Brennan’s faith may waiver, but he never compromises. In the end, he forgives nature’s flaws and manages to do what is “right” by the apple, stepping aside to let nature prescribe the course for their fermentation. Ultimately it is nature, with only a little intervention from Brennan, that dictates the success of his cider.

Brennan’s path isn’t easy. His unconventional business model may not be imitable or ideal for anyone just starting in the cider business, but it works for Brennan and Aaron Burr Cidery. The evidence is in the accolades he receives for his terroir-centric ciders, and the impressive list of celebrity restaurants and shops that are fortunate to score bottles to share with their patrons.

Brennan’s personal perspective on modernism and his commitment to “true cider” is singular, and he fully acknowledges: “I simply want to remind people that another way exists…I’ve discovered personal success by emulating the apple trees along the road. They are becoming wild.”

Like a current-day Van Gogh willing to cut off an ear to save the wild apple from conventional cultivation, Brennan layers personal anecdotes, common-sense wisdom, and astute observations to paint a complex picture of the cider business in Uncultivated. Once the reader becomes comfortable with Brennan’s writing style and falls in tune with his mantra, the chapters in each of the book’s three sections flow together. Sometimes poetic, sometimes with facts and figures, and at times, quirky, Brennan’s prophetic ramblings mesh to create a portrait of an obsessed madman holding tight to an all-but-lost key to an ancient craft. But most often, the message of this artist-turned-cidermaker provokes deeper introspection.

This book isn’t for everyone. Yet, in some ways, it is for everyone. Those interested in agriculture will come away learning a little about apple history, orchard planning, and running a small-farm business, but more importantly, readers will be challenged to cultivate a deeper understanding of the future of food and farming by listening to the needs of the wild.