The Power of Place in Hudson Valley Cheese 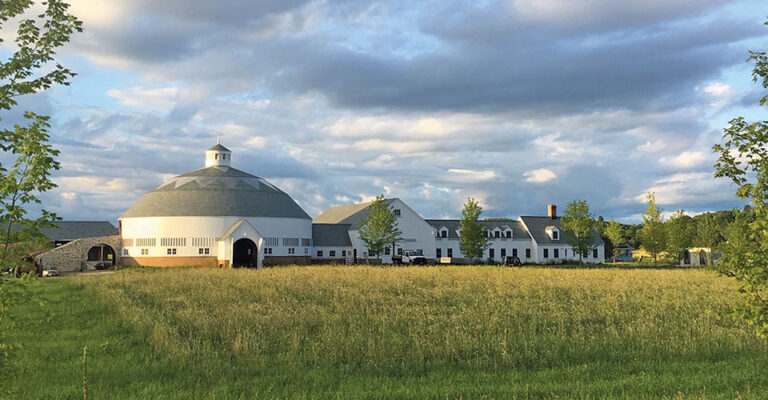 It’s easy to romanticize the concept of terroir. But when it comes down to it, terroir is rooted in the earth. It comes down to soil, elevation, climate, weather, and for cheese, what the animal in question is eating, and its relationship with its herd and the humans who care for it.

It’s no coincidence that the names of many Old World cheeses—Parmesan, Comté, Camembert—are named for the region they hail from. The native grasses those cows, goats, and sheep are eating, the humidity of the air, the unique bacteria in the soil and the cave in which the cheese is aged, all contribute to the flavor that lands on your plate.

“Cheese is living,” says Mary Rizzo, proprietor of Albany’s The Cheese Traveler. “Up until the moment you eat it, it’s changing. You have to look at what the animals eat and how they were raised, just as much as you look at how the cheese itself was crafted when you want to assess a cheese’s terroir.”

In the classic European model of cheesemaking, the person who makes the cheese isn’t the same person who raises the animal.

“Making great milk, making cheese, and then selling the cheese itself require very different skill sets,” says Colin McGrath, cheesemaker and founder of McGrath Cheese Company in Hudson, NY. “I am not a farmer. I know a lot about farmers, and I talk to the farmers I work with regularly about the health of the animals, what they’re eating, and how the weather may be affecting their moods or health, but I don’t actually farm myself.”

Instead, he picks up cow’s milk twice a week from Brookby Farm in Dover Plains and brings it back to Churchtown Dairy in Hudson where he makes and ages his cheese.

“It’s a great relationship,” he says. “I’ve worked with a lot of farmers over the years, but the reality is, it’s getting harder for smaller dairy farmers to make a living in the Hudson Valley. I really wanted to work with a farm with 30 or fewer cows because I knew they’d have a better life, be outside eating grass May through October, and then local hay during colder months. And Brookby is able to stay small and successful by selling to a cheesemaker, instead of a dairy co-op.”

Lee Hennessy, farmer and cheesemaker at Moxie Ridge Farm & Creamery in Argyle, NY, both raises his 40-member herd of goats, and makes the cheeses. (Hennessy began pursuing a career in cheesemaking after having a revelation with a very special goat on a farm in Provence; but that’s a different story.) He finds that having control of the life cycle of the milk from start to finish helps him get the quality he needs.

“There’s so much that goes into the flavor of the cheese, and I really like having a hand in every step of the process,” Hennessy explains. “I make sure that my goats graze native grasses and plants, and forage for thistle. Everything is farmed organically, so they don’t get anything with chemical inputs. During the winter, I give them feed sourced from within 10 miles.”

But Hennessy’s reasons for raising his goats by hand go deeper.

“I want to make sure they’re all happy,” Hennessy says. “Goats are agents of chaos. They’re always getting into trouble, so I always have my eyes peeled for small injuries. I also look at how they’re interacting with other members of the herd, and respect that hierarchy. And when it comes to herding them, I believe in ‘herding happy.’ Some farmers can herd less carefully, and that creates stress in animals, which can be tasted in the milk.”

Indeed, the effect of stress on livestock and meat quality is well-documented by studies, the first and most thorough one conducted by animal welfare activist Temple Grandin in 1980.

McGrath is also a believer in the effects of the human aspect of terroir. “If we as humans are stressed, we’re not going to produce our best work,” he notes. “It amazes me that people don’t connect the quality of a cow’s life with the quality of the milk or meat it produces.”

If you’re eager to explore the local terroir of cheese, Rizzo at The Cheese Traveler has devoted about half of her case to regional cheeses. “When I build a cheese plate, I think about milk type and texture,” she says. “I’ll take something softer, runny and stinky, and put it next to something harder and nutty and crumbly. And I love blue cheese. I tell people who are scared of blue cheese to add local honey, or bacon to the plate. It transforms those strong flavors.”

For McGrath, the truest bite of Hudson Valley terroir can be found in “the ones that are more delicate and mild. With aging, some of those minor seasonal nuances can be masked by the intensifying flavors that come with age.”

Try his Fresco, a soft and spreadable, buttery delight, where you can taste the sunshine and grassy freshness of the cow’s diet.

For Hennessy, he prefers a wine-style horizontal tasting. “You can get a sense of how the same batch of milk is transformed through different production methods, and with time,” he says.

Try his Fresh Chevre, his just-this-edge-of-funk Pinwheel, and his Bulgarian Feta, washed in a traditional salt-whey brine.

There is no guarantee, of course, that all cheese has terroir. Mass-market, high-volume cheese is often made with milk from farms that prioritize volume over quality, and where animals may not even see the world outside the barn often, if ever. Their lives, arguably, are unnatural, dramatically divested from the delicious diversity of grasses, bacteria and weather patterns that shape the flavors of artisanal
farm cheese.

When it comes to cheese, you should take the same approach you would with wine: first, think local and artisanal, and look for cheeses made by people whose business decisions reflect their commitment to the community and the land. But if you’re craving a beautiful French Equirrou from Pays Basque, don’t deny yourself. (You’ll be tasting the spring meadows of France, which may be as close as any of us can get to globe-trotting for now.)

As our cheese aficionados explained, there are numerous ways to explore cheese’s terroir. Dig in and remember: what grows together, goes together, so grab your favorite Hudson Valley bottle of beer, spirits, cider, or wine, and see how those flavors compliment each other.