The Art of Cider Making 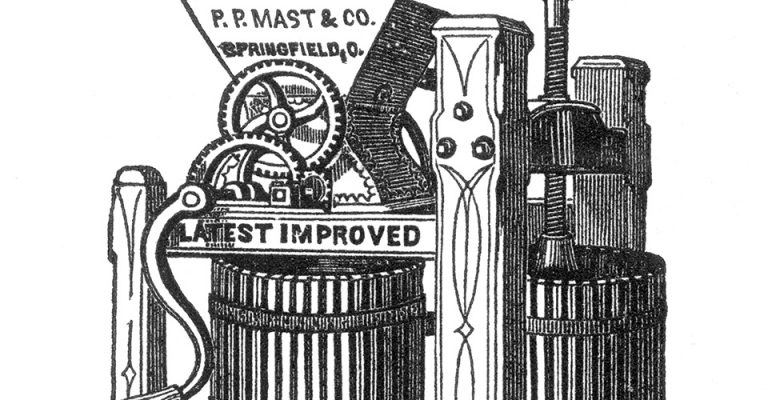 From colonial times until the 1870s, alcoholic beverages made from apples—such as hard cider, apple wine, and applejack—were the beverages of choice in the Hudson Valley. For nearly 300 years, apples were (and still are) by far the most cultivated local fruit, followed by pears, raspberries, grapes, currants, and stone fruits. Today, there are approximately 8,000 acres of apple orchards in the Hudson Valley, with Ulster, Columbia, and Orange counties leading in the number of acres under cultivation, making the Hudson Valley the second largest apple-growing region in New York State.

The art of cider making comes from the West Midlands and southeastern regions of England, as well as the western French regions of Brittany and Normandy, where apple orchards had existed since before the Roman era. But it was the Normans of France who invaded England in 1066 and brought with them their cultivated taste for hard apple cider, and along with it, their advanced cider-making knowledge.

Cider has equally deep roots in American history, especially in the Hudson Valley, where hard cider was once more popular than whiskey, wine, or beer. In the Hudson Valley, most hard cider (also called cider for the purposes of this article) was produced in small batches by farmers for their personal use, or traded with local townspeople in exchange for common necessities. Cider is even present in local lore and legends such as “Rip Van Winkle” and “The Legend of Sleepy Hollow.” The popularity of cider continued well into the twentieth century, but after 13 long years of Prohibition, cider making virtually became a lost art. The cider resurgence in Britain, Ireland, France, and Canada has been ongoing for quite some time, but it is only now starting to boom again in the United States.

Unlike grape wines which are clear and contain between 11 to 12 percent alcohol, hard apple cider comes in many different forms. Cider can be clear or cloudy, have effervescence and spritz, or be still. It can have an alcoholic content of between four to nine percent, and be sweet or dry, with or without a bite. The color of cider can also vary widely from a bright, light-yellow to orange, to dirty brown. Depending on the yeasts and other ingredients used to make cider, the product can taste like a sparkling or still wine, a cloudy “sturdy” beverage, or even like a beer.

As with grape wines, which can be fermented from more than one grape variety, often more than one kind of apple is blended to make a cider. There are hundreds of apple varieties and each has an attribute that can lend certain desirable characteristics to a cider. Some have lots of tannin to give the cider body and high acid levels, some add complex fruit flavors and color, others add aromas and fragrances to the cider’s nose and bouquet, while others have higher juice yields. There are different kinds of apples used for “sweet” ciders (non-alcoholic), and hard ciders which are typically made with a bittersweet or more tart apple. These apples are higher in tannin and lower in acid, making them less popular for eating.

The overall process for making cider is similar to wine. The fruit, in this case, apples or other pome fruit, such as pears (cider made from pears is actually called perry or pear cider) is picked in the fall. Generally, the fruit is held for ten days or more after harvesting so that it softens up a bit, both to enhance its pressing capabilities and to increase juice yield. At pressing time, the fruit is finely chopped up in a grinder or mill to become pomace which is then layered in a cider press. The pomace is put into forms with cheese cloth to hold it in place and to create channels for the juice to flow out of the press. These individual forms are layered upward until the entire press form is filled, when it is then pressed to obtain the apple or pear juice. This is the traditional “rack-and-cloth” method.

At this stage of the process, different steps can be taken to make various styles of cider, depending on the producer’s preference. Specific yeasts are added to encourage fermentation to make sparkling ciders, still ciders, or heavy, brown, unclear ciders. For example, by adding champagne yeast and bottling early the cider can resemble a sparkling wine. Other cider producers will use beer yeasts and hops, which are bitter, to make hard ciders that are similar to a malt beer beverage such as an ale or pilsner. Some producers will use the natural yeasts on the fruit to ferment the cider; sometimes, cane sugar or honey is added to increase the cider’s sugar content or to generate more alcohol. Overall, ciders tend to need additional tannin and other bittersweet flavors so that they taste like the bite of a fresh apple, otherwise they can be flat or cloyingly sweet. For this purpose, several varieties of apples can be used and blended together.

Ciders are fermented cool to help preserve their delicate aromas and flavors, and the process generally takes one to three months to complete. After the bubbling action caused by the fermentation subsides, the suspended solids contained in the apple or pear juice settle to the bottom of the fermenter. At this time, the beverage is racked, which involves siphoning off the clear cider from the top of the fermenter and leaving the sediment, or lees, behind. The clear cider is then put into wooden barrels or neutral containers such as glass, plastic, or stainless steel to age and further clarify.

Depending on the final style of cider desired, it can be aged anywhere from four months to a year before it is bottled. Unfortunately, we do not have the space here to discuss how sparkling, as opposed to still, ciders are made (see the Summer 2014 issue of HVWM to learn more). Some cider makers may add other fruits and flavorings, such raspberries, currants, cranberries, cherries, or pumpkin, or spices such as cloves or nutmeg to create unique tasting ciders. Producers may bottle the cider in regular still wine bottles with a cork, in beer bottles that are capped, or sparkling wine bottles with corks secured by wire. It’s all a matter of preference and marketable appeal.

A Bit About Applejack

An article on cider wouldn’t be complete without a few words on the truly local product known as applejack – a very strong and alcoholic hard apple cider that has an ABV three to six times higher than a typical cider or wine. Needless to say, the clandestine making and sale of this product helped local farmers survive the economic hard times that fruit growers faced in the 1920s and during the Great Depression. Unlike other high alcoholic beverages, such as brandy, in which the alcohol is separated by heating and distilling, the traditional method of making applejack was by setting apple cider outside to freeze during the winter, a process known as freeze distillation. Since the alcohol contained in cider will freeze at a lower temperature than water, when the beverage is left to the elements and the resulting frozen ice is removed from the cider, the unfrozen concentrated liquid contains between 30 to 40 percent alcohol. Today, several Hudson Valley producers like Harvest Spirits and Hudson Valley Distillers are crafting complex and flavorful versions of applejack using modern techniques and distilling methods.

Apples in the Hudson Valley﻿

Over the past few years, there has been rapid growth in the number of cideries, wineries, and distilleries that make cider and apple spirits in the Hudson Valley. The Glynwood Center, a non-profit organization in Cold Spring, NY, that promotes farming and agriculture has facilitated the formation of local cideries and distilleries together as the Hudson Valley Cider Alliance. The Center jointly promotes ciders and apple spirits produced in the Hudson Valley and sponsors Cider Week, a week of promotional events to highlight local apple beverages. In addition, Glynwood promotes the collaboration of apple growers and beverage producers by encouraging the diversification of apple varieties grown, and disseminating information on producing and marketing such ciders and spirits. A Hudson Valley Cider Route was established in 2011 to help promote these local products.