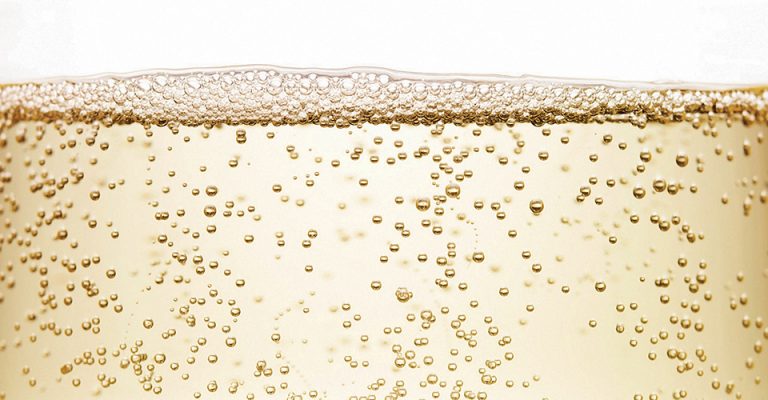 Most people reserve sparkling wines for special occasions. Even those who do not regularly drink wine will often sip sparkling wines at weddings, graduations, or to celebrate a job promotion.

Sparkling wine is an important part of New York’s wine history, with production in the Hudson Valley dating back to the late 19th century, beginning with Brotherhood Winery, the oldest winery in the U.S. Specific grape varieties were often cultivated on the East Coast for making sparkling wines, including Delaware, Catawba, Elvira, the locally developed variety Dutchess. More recently, Seyval Blanc and Chardonnay are used in Sparkling wine production.

The cool climate, and resulting high acids and low sugars of these grapes were ideal for producing sparkling wines, and New York “champagnes” dominated the domestic market in the years before Prohibition. In addition to Brotherhood, where the tradition continues today, the Hudson Valley Wine Company (later Regent Champagne Cellars) in Highland, and the Marlboro Imperial Cellars (later Windsor Vineyards) in Marlborough, made sparkling wines up until the 1970s.

Newest in the Hudson Valley is a line of sparkling wines produced under the North River label, which uses 100% estate grown Hudson River Region grapes fermented in the traditional French method.

The terms “sparkling wine” and “champagne,” however, have been used interchangeably over the centuries. Sparkling wine is the proper term for wine with dissolved carbon dioxide bubbles. Champagne is the proper term used to designate a sparkling wine that is produced geographically in the Champagne region of France (hence the name). Champagne’s reputation for high quality was first established by the Benedictine Monk Dom Pérignon, cellar master of the Abbey Saint-Pierre of Hautvillers, who blended different grapes to produce superior wines, and instituted quality control measures to consistently improve their quality and renown.

Outside of Champagne, in the rest of France, sparkling wine is called Mousseaux or Crémant. It is also known by several names throughout Europe — in Germany and Austria it is called Sekt; in Italy, Spumante; in Spain, Cava; and in Hungary, Pezsgo.

The base white wine used for sparkling wines tends to be highly acidic and flinty so that it can stand up to and complement the effervescence. There are different sugar levels in sparkling wine – from the driest to the sweetest, the designations are: Au Natural, Extra Brut, Brut, Extra Dry, Dry, Demi-sec, and Sec.

The reason for this sweetness terminology, however, is counterintuitive. Since the 18th century, people have prided themselves on liking and drinking only “dry” wines. By drinking “dry” wines, they attempted to convey to their peers a great sophistication in all matters. But in reality, most people, then as now, while articulating their preference for dry wines, tend to drink sweeter wines.

There are several ways to produce sparkling wine. The most traditional, and highest quality method is known primarily as Méthode Champenoise, also called Méthode Traditionnelle, Méthode Classique, and the very descriptive “fermented in the bottle.” Using this technique, a bit of grape juice, or sugar with yeast, is added to a still base wine so that the yeast will have a food source to begin and complete a secondary fermentation. The addition of a sugar solution is called tirage. At this point, the still wine is placed in a thick-walled “champagne” bottle which has a punt (or indentation) at the bottom making it stronger and better able to withstand the pressure from the carbon dioxide gas that builds up during fermentation. The bottle is temporarily corked, wired, and placed on its side, and left to ferment and mature for some years.

During the fermentation process, the added yeast secretes two by-products, alcohol and carbon dioxide, and since the wine is in an enclosed, pressure-resistant glass bottle, the gas cannot escape, causing it to dissolve into the liquid. (When the cork or cap is eventually removed, the dissolved gas escapes, hence the popping sound, and the bubbles.)

In addition to the carbon dioxide and small amounts of alcohol produced by this secondary fermentation, sediment is also produced which can make the wine cloudy. To keep the wine clear, the bottle is placed upside down on a “riddling rack.” The winemaker, over the course of several months to several years, will gradually turn the bottle, a process known as “riddling,” so that the sediment collects into the narrow neck of the bottle. This sediment is important to the aging process because it consists of spent yeast cells that give an added complexity, richness, and greater flavor concentration to the sparkling wine.

The next step in the process requires using dry ice to freeze the neck of the bottle and the sediment that rests firmly against the cork. The cork is quickly removed, and the frozen ice plug with its sediment is forced out by the gas pressure. As quickly as possible, the winemaker refills the little amount of wine lost from the bottle with a bit of another wine, called a dosage. It is this dosage that adds the desired amount of final sweetness. A permanent cork is then inserted and secured with a wire hood and the bottle is placed in the cellar for bottle aging, a process which can take several years before being released on the market.

Using a bulk process known as Metodo Martinotti in Italy, and Méthode Charmat in France, (as developed by the Italian Federico Martinotti, and adapted by Eugene Charmat of France), the still wine undergoes the secondary fermentation in a large stainless steel tank. As pressure increases, the carbon dioxide is trapped and dissolves in the wine. When the fermentation is complete, this tank of sparkling wine is then filtered, and bottled under pressure, with the desired dosage added.

The simplest and least expensive way to make a sparkling wine is to inject carbon dioxide gas under pressure into the still wine during the bottling operation, similar to how soda or pop is made. Using this carbonation process, the bubbles will be large and upon release of the cork, its sparkling nature will disappear quickly as it does with any carbonated drink. In contrast, with the Méthode Champenoise or Charmat method the wine stays carbonated for a longer period of time and the size of the bubbles is much smaller.

Most sparkling wines are white, and the term “Blanc de Blancs” is used to designated sparkling wine made exclusively from white grapes, usually Chardonnay. These are considered the most elegant and delicate of sparkling wines. Red or rosé wine can also be used as the base for sparkling wine, and a “Blanc de Noirs” is made exclusively from red grapes, traditionally Pinot Noir and/or Pinot Meunier in France. These wines generally have the most body and fruit. Historically in the U.S., and especially in New York, red sparkling wines were called by the generic misnomer “Sparkling Burgundy,” and could consist of Delaware, Concord, or Catawba wines. A popular item during the 1960s and early 1970s was “Cold Duck” – a blend of red “Sparkling Burgundy” with a white-based “Champagne.” Although deemed by many to be a silly, passing fad, Cold Duck is often credited with a threefold increase of sparkling wine consumption in the U.S.