Little Known Local Ladies and the Libations They Inspire 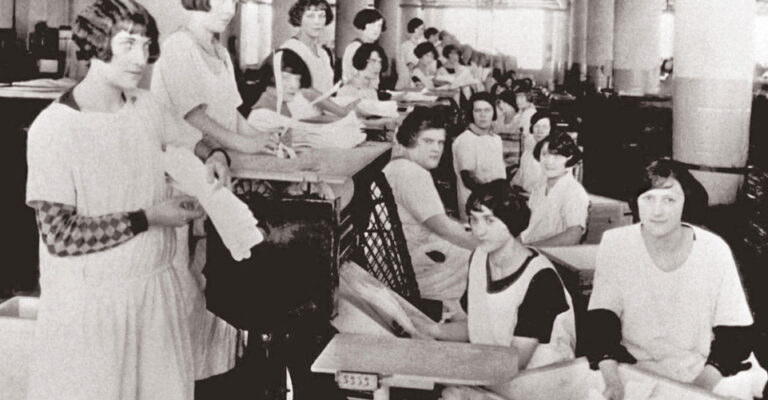 Let’s face it. Woman and alcohol haven’t always had the best relationship. It was women, after all, who birthed the Temperance Movement. In the 1830s and 40s, they led the charge to reform overindulgent American drinkers, including their own husbands, from “demon” alcohol. The movement was fueled by the belief that only total abstinence could save their homes and communities from the evils of booze, and put an end to their suffering as a consequence of America’s rampant alcohol abuse. They had a point. By the 1830s, the average person in the U.S. drank about 7 gallons of alcohol a year, more than three times the amount today.1

The Temperance Movement spurred on strong-minded women reformers who were passionate about their moral and religious beliefs. Over the decades, women like Francis Willard, who led the Women’s Christian Temperance Union, and the polarizing Carrie Nation who attacked bars and saloons with axes and hammers to make her point, unabashedly persuaded people to abstain from drinking. The Temperance Movement slowly paved the way for Prohibition in 1919, but neither of these efforts stopped men from drinking. In fact, Prohibition had just the opposite effect on women.

Bars and saloons had previously been closed to female patrons, but the speakeasies that thrived during Prohibition welcomed women. “Liberated” women, who in 1920 finally earned the right to vote, courtesy of the Nineteenth Amendment, flocked to illicit nightclubs to swig alcohol. Cocktails that masked the bad taste of bathtub moonshine with sugar, fruit juices, and aromatic bitters were concocted to appeal to their palates. It wasn’t long before women’s alcohol consumption began to rise, and women started running their own speakeasy joints, making wine, and operating stills. The Prohibition era may have redefined gender roles and stirred a temporary spirit of rebellion, but one hundred years later, the tides are still turning.

Groups like Woman of the Vine and Spirits and Women Who Whiskey are leading the modern movement to change the perception of women and alcohol. What started as a way to unite a community of like-minded women “with a taste for curiosity and strong drinks,” Women Who Whiskey has grown over the past decade to include twenty chapters worldwide, including one in the Hudson Valley. The trend is clear, there are a lot of women with purchasing power that advocate drinking alcohol, and brands are finally taking notice. To quote a marketing slogan from the feminist movement of the 60s: You’ve come a long way, baby.

Dorothy Parker Gin is one. Made in Brooklyn by New York Distilling Company, the gin is dedicated to Parker, an iconic New Yorker and a legendary writer of the 1920s. She was an avid gin drinker and founding member of the Algonquin Round Table, an informal gathering of illustrious literary writers who met for lunch at Manhattan’s Algonquin Hotel for more than a decade. Using traditional and contemporary botanicals, Dorothy Parker Gin is made with coriander, cardamom, cinnamon, and hibiscus, but the focus is on the juniper berry which brings its traditional tart citrus and resinous piney flavors to the spirit. Perfectly apt to reflect the unconventional Parker, who was known for her sharp-witted tongue and biting banter.

The list of exceptional females who made an indelible mark on society, and who were born, or lived for a time, in the Hudson Valley, is impressive. There are women who have changed the course of politics, moved the needle on women’s and civil rights, and accomplished heroic feats. Eleanor Roosevelt; first-female Presidential candidate Geraldine Ferraro; the State’s first Lieutenant Governor MaryAnne Krupsak; activist Sojourner Truth; and feminist Margaret Sanger, are just a few.

In honor of Women’s History Month, and in a lighthearted spirit, we’ve made the case for a few local women, and offer up ideas for bespoke spirits that would reflect their unique personalities. Brand developers take note!

Anna Mary Robertson Moses, otherwise known as Grandma Moses, defied age stereotypes to become a celebrity in the male-dominated art world—after the age of 78. Moses spent most of her life in Eagle Bridge, a hamlet in Rensselaer county. After arthritis forced her to stop embroidering, she churned out thousands of stylized folk art landscapes depicting rural life on the farm. Moses had no formal art training and was never taken seriously by mainstream critics (or feminists, for that matter, as she wholeheartedly embraced the “Grandma” moniker). In the Atomic Era when modern art seemed to confuse the public, her cheerful primitive works were comforting throw-backs to simpler times, fetching as much as $10,000 for a single canvas at the time.

We’re guessing a freeze-distilled “Grandma Moses Homestyle Applejack” made from local orchard apples would put a sparkle in the eyes of the quick-witted, sprightly Moses. We can even imagine her sneaking a nip from a flask in Norman Rockwell’s Christmas Homecoming, his painting for the cover of the December 25, 1948, Saturday Evening Post where he placed his friend Moses, among the crowd.

When Kate Mullany immigrated from Ireland to Troy, NY, she couldn’t have imagined that she would become a dominant female figure in the early history of American Labor. Forced to become the family’s wage earner after her father passed away, Mullany went to work at one of Troy’s shirt factories as a laundress, where she and female co-workers spent 12 to 14 hours a day working in hazardous conditions, forced to boil, bleach, starch, and iron collars for as little as 3 dollars a week. (White-starched shirts and the newly-invented detachable collar were the mainstay of men’s wardrobes at the time.) After just a few months, appalled by the low wages and dangerous working conditions, she organized the first female union in the country, the Collar Laundry Union. Mullany, only 19 years old at the time, boldly led a strike of more than 200 laundresses to protest. The strike was a success—the women received a 25 percent wage increase.

News of Mullany’s success was widespread, and in 1868 she was appointed assistant secretary of the National Labor Union, making her the first female to hold a national labor position. She remained a prominent union leader for the rest of her life, working to improve the economic lives of both male and female wage earners and trade workers.

We would dedicate a hardy “Mullany Maple Bourbon” to this hard-working girl, who we’d like to think could easily toss a swig or two back, or line up a row of shooters to toast with the best of her male counterparts.

Sybil Ludington was only 16 years old in April 1777 when she made a heroic nighttime ride through Putnam County to rally troops and warn neighboring towns of British plans to attack nearby Danbury, CT. The daughter of a British Colonel who had changed sides to join the Patriots during the American Revolution, Ludington rode her horse through heavy rain and wooded terrain, urging hundreds of local militia to regroup and join the fight.

There is some controversy as to whether or not her ride actually took place, but according to family lore, she covered between 20 and 40 miles that night without getting caught, giving her father time to plan the battle. In the end, the Patriot troops arrived too late to win the fight, but Ludington had made her mark as a younger, spunkier female version of Paul Revere, whose famous ride of half the distance made history two years before. (Does that make Revere an older, less spunky male version of Ludington?)

Ludington’s story inspires a spirit that’s rough and ready, like a cask-strength “Ludington Rye” with a stiff, throw-your-head-back kick, and not much finishing or aging to smooth the spirit out.

Born in Maine in 1892 and raised by her divorced mother in a creative environment, Edna St. Vincent Millay’s literary career began at the early age of 14, when her first poem was published. Millay remained a popular poet, playwright, and essayist throughout her lifetime, winning a Pulitzer prize in 1923—the third woman ever to win the award in poetry.

Millay spent four years at Vassar College in Poughkeepsie, NY, where she wrote and appeared in several plays, and penned poetry that professed her love of women. The rebellious “Vincent”, as she preferred to be called, was nearly banned from her own graduation for being caught staying out overnight. Millay moved to New York City after graduation, where she led an “intoxicating” public life performing in Greenwich Village theaters and helping to establish the Cherry Lane Theater, a home for nontraditional and experimental works.

Failing health was a factor when Millay eventually settled down with a husband, and in 1925 bought a farm near Austerlitz, in Columbia County, where she spent the rest of her life. On the farm, she was free to pursue her passions, and wrote several plays including one of the most recognized American operatic works. Millay’s notoriety gave her a platform to voice her opinions on the social and political issues of the day, including, and not surprisingly, women’s rights.

A liquor that embodies “Vincent” would be nontraditional and slightly irreverent. Something experimental, like mead or cider made with “feral” yeast would capture Millay’s essence. The process of harnessing wild yeast is a delicate one, and in fermented spirits brings a truly unique, one-of-a-kind flavor. Perfect to toast a cultivated person who viewed nature with detached indifference, yet had a penchant for wearing flowery chiffon gowns.

At the time of her death in 1919, Sarah Breedlove, better known as Madam C. J. Walker, was the wealthiest African-American woman in America. She became the country’s first self-made female millionaire by developing a line of haircare products for African-American women, at a time in America when grooming was considered a luxury.

Born in Louisiana in 1867, Walker was seeking a way out of poverty when she founded the Madam C. J. Walker Manufacturing Company and launched her famous “Walker System” of shampoos and ointments. As sales grew, she opened offices and beauty schools around the U.S., and eventually expanded to Central America and the Caribbean. An advocate for women’s financial independence, Walker offered training programs for women and by 1916 had a nationwide network of thousands of licensed sales agents earning generous commissions selling her products door-to-door.

Walker eventually moved north and added more properties to her real estate holdings including a cultural salon in Harlem. In 1918, she commissioned a mansion in Irvington, NY, dubbed the “Villa Lewaro”. Designed by Vertner Woodson Tandy, the first licensed black architect in New York City, Walker envisioned it to be a gathering place for community leaders and an inspiration for other African Americans. Walker had just a year to enjoy Villa Lewaro before her death, but the mansion which is prominently perched overlooking Broadway, remains one of Westchester County’s most visible national historic landmarks.

We imagine the savvy haircare millionaire relaxing with guests on the veranda of Villa Lewaro with an icy-cold cocktail made with a floral “Madame C. J. Walker Gin”, lemon juice, a splash of lavender syrup, and garnished with an hibiscus blossom.

1 According to the World Health Organization