So You Want to Visit Long Island Wine Country? 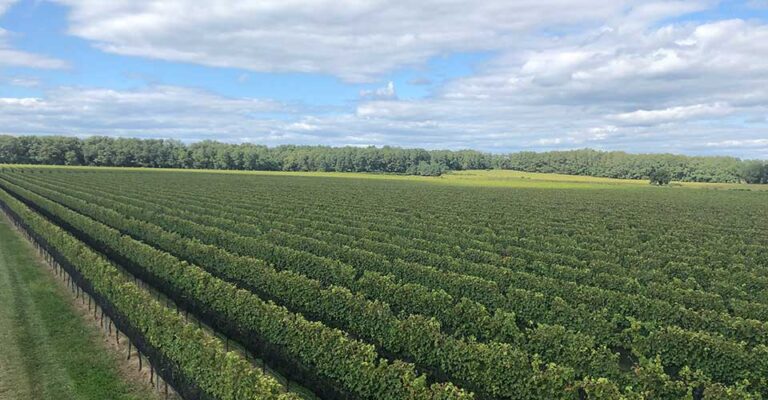 If sampling wines from another New York region is on your bucket list this fall, pick up a copy of The Wines of Long Island and head to the East End. In the revised third edition of The Wines of Long Island, New Paltz author José Moreno-Lacalle takes readers on a journey around the Forks, meshing past and present history with back stories and anecdotes about each winery to make it the region’s most comprehensive guide to date. The book explores the exciting evolution of Long Island’s wine industry since its birth, and gives readers an insider’s perspective into who’s who in the current wine scene.

People and personalities remain the heart of the third edition, and its foreword, written by Louisa Thomas Hargrave eloquently sets the tone. There are plenty of maps and photos (most taken by the author, a serious amateur photographer) to provide visitors with a preview of each destination to help plan their trip. While the earlier edition of the book included profiles of the 24 wineries in existence at the time; Moreno-Lacalle’s volume, published in 2019*, includes the 62 wine producers and wineries that are currently spread out over three AVAs which now comprise the region—the Hamptons, the North Fork, and the Long Island AVA.

Moreno-Lacalle undertook the herculean task of updating 2000s second edition with permission by the original co-authors, Edward Beltrami and Philip Palmedo, who first released the book in 1987. With an avid interest in European wine culture, the forward-thinking authors documented the struggles and successes of Long Island’s early winemaking attempts, and profiled the trailblazers who were brave enough to plant the first vines. Those pioneers included Alex and Louisa Hargrave who broke ground with Long Island’s initial vineyard plantings in 1972; David and Steve Mudd, who planted more than half of the original vineyards on the East End; and the notable John Wickham, among other figures whose legacies are ingrained in Long Island’s decades-long wine-growing “experiment”.

For those who want a deeper dive, The Wines of Long Island digs into terroir, climate, and soil types, as well as wine styles and varietals. As in most other New World wine regions, initial plantings of European varietals were not successful on Long Island, but Moreno-Lacalle points out that through evolving vineyard practices and site selection, among other choices, Long Island winemakers have built their reputation on the 22 white and 16 red vinifera grapes that have successfully taken root in the region over the past four decades. Today, Merlot, Cabernet Sauvignon, Pinot Noir, Malbec, Sauvignon Blanc, Chardonnay, and Gewürztraminer are the mainstays of a Long Island winery’s portfolio, despite the challenges the grapes often pose for growers.

With an eye on climate change and the future of sustainable wine growing, Moreno-Lacalle touches on the initiatives of Cornell’s VineBalance, the Long Island Sustainable Winegrowers (LIWC), and some of the low-intervention practices currently being employed in the vineyards. For those interested in chronicling the vintages, the book also includes an impressive list of vintage notes dating back to 1988.

First-time book author Moreno-Lacalle is well-versed in wine and viticulture, and his fluid writing style augments the original authors’ conversational tone to make this volume an enjoyable read. Moreno-Lacalle, who holds a diploma in Wine & Spirits from the prestigious Wine & Spirits Education Trust (WSET) and has an M.A. in art history, began researching and writing about local wines on his blog, Wine, Seriously in 2010.

On a personal note, having grown up on Long Island when the wine industry was still in its infancy, the development of the region into a mature and sophisticated destination for quality wines has been an intrinsic fascination of mine. Since my early days zig-zagging across the East End, when mainly fields of potatoes and sod stretched far across the landscape, Long Island wine country has evolved to include more than 2,041 acres of vineyards pulling in 6,000+ tons of grapes each year. The growth is astounding.

I highly recommend picking up a copy of The Wines of Long Island to help navigate the region and choose which wineries to visit. Moreno-Lacalle’s 300-page guide is a must-have resource for anyone planning a course around this complex world-class wine destination if they wish to drink it all in.

* This review was originally written in 2020, then shelved due the uncertainty of winery openings during the pandemic. Since the book’s publication, Moreno-Lacalle has posted updates and addendums on his blog Wine, Seriously.