$9 for 6 wines,
with stemless glass

Glorie Farm Winery is exactly what lawmakers had in mind when they passed the New York Farm Winery Act of 1976. The new law allowed grape growers in New York to establish wineries and sell directly to the public. In other words: Farm + Winery = Farm Winery.

Ever since he was big enough to play in the dirt, Doug Glorie has loved planting and growing things. He planted the first orchards and vineyards at Glorie Farms shortly after purchasing the property in 1979. In those early days, there were small plantings of apples, peaches, pears, and grapes, plus beef cattle, pigs, and chickens. Doug worked a full-time job, so he managed all of the farming chores after hours and on weekends.

The tasting room experience at Glorie happens in the middle of a working fruit farm high atop Mt. Zion Mountain. Visitors are welcomed into a refurbished section of a circa 1913 barn and are guided through a portfolio of wines while they enjoy an expansive view down the valley and far across the Hudson River.

Fast forward to spring of 1993, when Doug’s IBM engineering career ended just five months after he and MaryEllen were married, and he found himself happily free to pursue farming full-time. More orchards and vineyards were planned and planted, eventually totaling 20 acres of fruit, and the animals were slowly phased out.

They developed a loyal customer base for the tree fruit and some berry crops, and sold the grapes to home winemakers and other Hudson Valley wineries. Then, with an unusually large crop of Seyval Blanc one year, Doug and MaryEllen bartered a deal with a local winemaker. Fruit and firewood were exchanged for winemaking, and they bottled 60 cases. Family and friends responded enthusiastically to the wine, and that set Doug and MaryEllen on the path to getting NYS Bonded Winery license #930 in April 2004.

The winery has grown at a steady, controlled pace since then, just the way the Glories want it. Doug has been an active member of Hudson Valley Wine and Grape Association; MaryEllen has served as President and Vice President of the Shawangunk Wine Trail; and, they co-founded the Hudson Valley Cabernet Franc Coalition in 2016 to brand the region with a signature grape.

Glorie is always coming up with something new. This year, for the first time, it’s a distilled product: Glorie Gin. Farm-foraged botanicals – Douglas fir tips, juniper berries, and stag horn sumac – gently hold hands and dance all night in this smooth, easy sipper. Production of this initial batch is very small, just 125 bottles, so get up to the winery and get yours before it’s gone!

This perennial fall favorite is a semi-dry white wine infused with pumpkin spice, not pumpkin flavor. It’s Hudson Valley harvest in a glass!

“I began making Glorie wines in 2012, says winemaker Kristop Brown, “and since that time Doug Glorie and I have forged a strong partnership. Each year the growing conditions are different – sometimes very challenging – but Doug does everything he can to bring in the best fruit, and then I do everything I can to bring out the full, natural expression of the fruit and the Marlboro Mountains’ terroir in both aromas and flavors.”

“We work off each other, each of us trying to up the ante, and in the process, we’re able to continuously make small changes; each small change, in turn, results in a small improvement in the wines. We’re constantly pushing forward in pursuit of growing the best grapes and converting them into the best wines we can possibly make.” 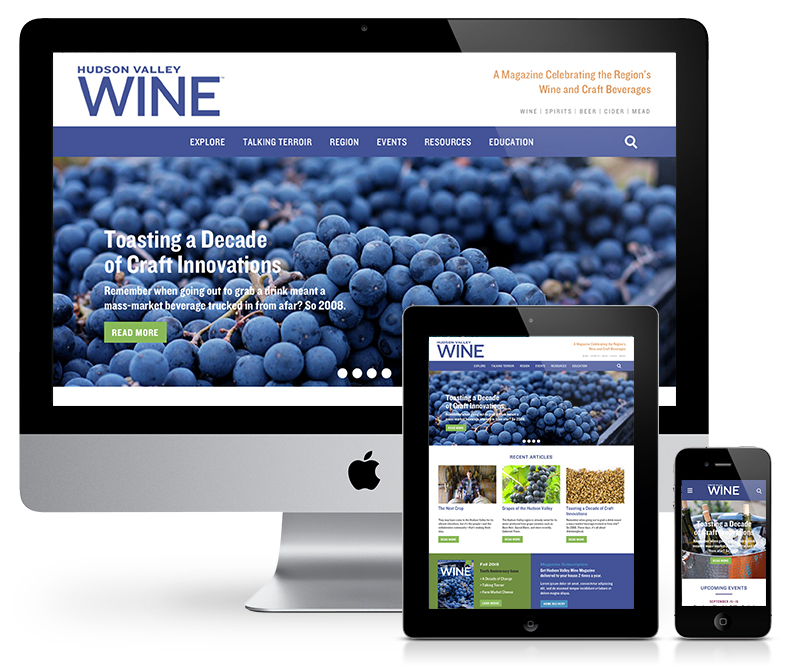