Exploring Cannabis in the Hudson Valley 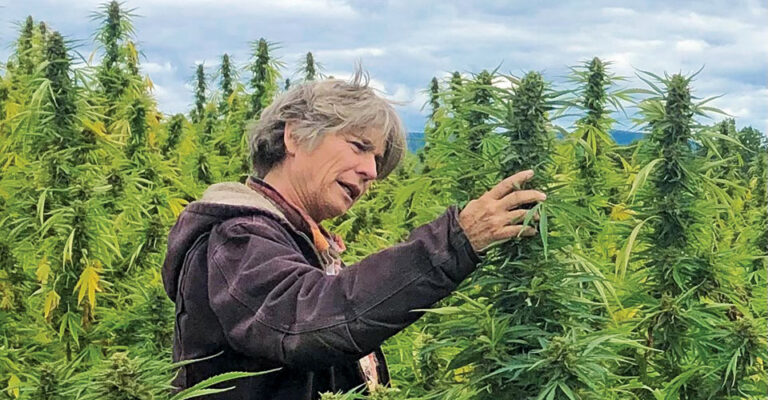 Why are we reading about weed in a wine magazine? Funny you should ask.

Until now, cannabis has been banned in the U.S. for most of the twentieth century. Yet, despite the ban, cannabis consumption is quite commonplace—with New York considered one of the largest cannabis consumer markets in the world.

With the passage of the MRTA, cannabis culture in the Hudson Valley is coming out of the shadows. More acres of agricultural land are currently being licensed to grow cannabis, dispensaries that sell cannabis and cannabis products will be popping up around the region, and there will be tasting rooms for weed, just as there are for wine.

What do wine and weed have in common? Quite a bit, actually.

So, let’s start with the basics. Cannabis is from the Cannabacae family of flowering plants, a versatile plant with many common names—marijuana (marihuana), weed, pot. It has been used in many forms by people and cultures for thousands of years for medicinal, recreational, food, and industrial purposes.

Cannabis is classified to the same extent grape vines are classified.Vitis vinifera (European grape varieties) make up some of our favorite grape varietals like Chardonnay, Pinot Noir, and Cabernet Franc; varieties native to North America, classified as Vitis labrusca, include Concord, Niagara, and Isabella. Then, there are hybrids, which are a mix of native root stock with European grape varieties, and are less susceptible to the challenges of wet and cold climates. Within each grape “family” classification, there are known aromas and flavor profiles attributed to their areas of origin.

Similarly, Cannabis can be divided into two main varieties: Cannabis sativa L. (generally classified as hemp), and Cannabis sativa which includes the strains indica and afghanica. They are more commonly distinguished by identifiable physical attributes, such as leaf and shape, into characterizations such as Narrow Leaf Varietals, Broad-Leaf Varietals, and Hybrid Varietals.

Both varieties are comprised of hundreds of components or compounds called cannabinoids that cause different reactions in your body. Cannabinoids are often expressed in abbreviated acronyms like CBD, THC, CNG, and CBN. Cannabidiol (CBD) and Tetrahydrocannabinol (THC) are the most common of the cannabinoids found in cannabis; CBD is an essential component of medical marijuana, and THC is known for the psychoactive effects that cannabis is notorious (and generally, appreciated) for. Conversely, Cannabis sativa is bred for higher THC levels, primarily for smoking and consumption.

Hemp, which can be used for a multitude of purposes including fabric, insulation and biofuel has a low THC (0.3%) and high CBD content. In fact, hemp farming was encouraged in Colonial America for the production of rope, sails, and clothing, and it was a popular ingredient in American and British medicinal products in the nineteenth century.

Hemp farming was encouraged in Colonial America for the production of rope, sails and clothing, and it was a popular ingredient in medicinal products in the nineteenth century.

The cannabis plant also contains terpenes, natural compounds that determine how things smell and taste. Terpenes provide the grapefruit nose, for example, on a glass of Grüner Veltliner, or the characteristic floral and fragrant Muscat aroma. Terpenes are an essential component of the sensorial expressions of both wine and cannabis.

Hemp farming was encouraged in Colonial America for the production of rope, sails and clothing, and it was a popular ingredient in medicinal products in the nineteenth century.

Currently, there are at least 30,000 known terpenes in the plant kingdom, and while about 50 terpenic compounds have been identified in grapes and wine, more than 100 different terpenes can be found in the cannabis plant. It is not too surprising that cannabis shares its Cannabacae heritage with hops, used for brewing beer. Many craft brew enthusiasts love the “skunky” aromas of some IPAs that bring to mind the quintessential cannabis aromas.

The mix of cannabinoids, aromatic flavonoids, and terpenes combine to create what is referred as the “entourage effect” where the whole is greater than the sum of its parts. When used in the right proportions, these constituents produce a harmonious and complementary effect, similar to the bouquet or overall taste of a wine varietal.

Terroir is the combination of countless factors that determine the unique outcome of an agricultural product in any given region. In the Hudson Valley, grape varietals, heirloom tomatoes, apples, and corn thrive in the Valley’s fertile mix of elements. It’s no secret that the majority of produce at your favorite restaurants and greenmarkets in New York City most likely come from the Hudson Valley. The various soil compositions, gulf stream air current, light exposure, hot days, and cool nights all play a role in bringing out the full expression of any given crop cultivated here.

What is sometimes overlooked in the terroir conversation is the impact that humans have directly on their crops. Some viticulturists, for example, have special techniques that impart unique characteristics in a final wine’s expression in the glass. This influence can begin in the vineyard and end with finishing techniques. There are many opportunities for both the viticulturist and the cannabis farmer to impact the final product they produce.

“There’s a big difference between a cannabis grower and a cannabis farmer,” says Amy Hepworth, a seventh-generation Hudson Valley farmer and owner/operator of Hepworth Farms in Milton, NY. Hepworth is one of the hundreds of licensed hemp growers in New York State’s cannabis program. “Genetics play a dominant role in the main characteristics of any given varietal. In New York, because of prohibition we’ve only had the last three-to-four years to test a variety of cannabis genetics in different lots on our 550-acre farm. We have an intimate understanding of this land and what we can get out of it, so with new genetics, we are out there weekly, or even daily in some cases, checking on each individual plant in an attempt to coax out the best possible expression of that particular varietal, especially in the ever-changing weather we experience here in the Valley from year to year.”

Not so different from the viticulturist and the vintner.

Earlier this year, New York’s Governor Hochul signed legislation that would allow New York hemp farmers to obtain licenses (the “Conditional Adult-use Cannabis Cultivator” license) to grow adult-use cannabis, even allowing for conditional licenses to grow in the 2022 growing season. The new bill positions New York’s current hemp farmers to be the first to grow cannabis, leading the way for unparalleled, multi-billion dollar economic growth in New York State. Like the New York Farm Winery Act of 1976 which allowed grape growers to make and sell wine, this legislation is considered a key step to ensure an adequate supply of legal cannabis for the market and to prioritize New York farmers, while encouraging environmentally sustainable agricultural practices.

Until now, “legacy” cannabis (otherwise known as “untaxed” or “illicit”) has been sun-grown in iconic places like the “Emerald Triangle” of California’s Humboldt, Trinity, and Mendocino counties, or indoors, due in part to cannabis prohibition. Genetic cross-breeding has focused largely on producing higher concentrations of THC, leaving the expression of flavonoids and terpenes largely dependent on the genetics of the varietal, with little to no regional expression. Because these “underground” crops are grown hydroponically or indoors using bagged soil/media and amendments, they are not drawing any regional characteristics from different types of earth. All this will change as more cannabis growers in the Hudson Valley will be tending to their plants in native soils under natural sunlight.

There are never too many points of contact where human interference guides the outcome of any given agricultural product. “Experimenting with different cultivars through trial and error over the last few years, based on the soil on our farm, airflow, and unique approach to farming, we are learning how best to maximize the terpene and cannabinoid expression for each cultivar on our farm,” shares Rick Weissman, co-founder of High Falls Hemp New York. “That benefits us in a host of ways. One way is that consumers love to smell and experience cannabis. It’s a sensorial experience that people enjoy, just like wine. Another, is that the plant’s production of terpenes and aromas is its own natural defense to survive diseases, predators, and pests like mold and insects.”

It’s worth mentioning that while cannabis has largely been bred in the shadows, with legalization comes a new opportunity to fine tune a therapeutic balance of cannabinoids to maintain and enhance wellness, prevent the onset of disease, or target specific ailments with small, daily doses of the right mix of cannabinoids, with or without the “high.”

“People love our gummies,” says High Falls Hemp New York co-founder, Tricia Horst. “We are very diligent about our processing practices and ensuring that those key components maintain their integrity through the process to the final product.” High Falls Hemp New York’s products recently received accolades in Forbes Magazine and won a Men’s Health CBD Award in 2021 for their CBD body lotion.

As of this writing, more than 200 conditional cannabis cultivation licenses have been awarded to New York’s licensed hemp farmers (with more than 25% of these in the Hudson Valley), so expect to see locally sun-grown, New York cannabis on adult-use dispensary shelves in the near future. The best way to dip your toe into the new world of cannabis is to look for a licensed farm, retailer, or advocacy group that can point you in the right direction to explore the many varietals of this complex and beautiful plant.

1753
Cannabis, used for millennia as an herbal medicine in many cultures, was first classified by famed botanist Carl Linnaeus as the species Cannabis sativa L.

1937
The Marijuana Tax Act of 1937, passed after 29 states had outlawed cannabis earlier in the decade, imposed an excise tax on hemp products, criminalizing all but industrial uses of cannabis.

1970
As part of the U.S. government’s “War on Drugs,” the Controlled Substances Act was enacted, establishing federal policy on the manufacture, distribution, and
use of regulated substances, including Cannabis sativa L.

1972
The U.S. government-appointed Shafer Commission’s report on “marihuana” recommended decriminalizing cannabis, noting it was not a dangerous substance worthy of criminal prohibition. The report was generally overlooked.

1996
The “Compassionate Use Act” is passed in California, the first state to legalize cannabis for medicinal use for severe or chronic illnesses.

2018
The federal 2018 Farm Bill legalized the regulated production of hemp by removing it from the Controlled Substances Act (CSA) definition of “Marijuana.”

2021
The enactment of New York’s “Marijuana Regulation and Tax Act” on March 31, 2021, signified the end of cannabis “prohibition” in New York State.

LEARN MORE:
National Organization for the Reform of Marijuana Laws (NORML)
A non-profit, national voice advocating the legalization of cannabis.

Use cannabis responsibly. Cannabis should only be consumed if you are over the age of 21. You should not consume cannabis and operate a motor vehicle or heavy machinery, or if you are pregnant. If you have a medical condition, you should consult with a physician before trying cannabis, and you should purchase cannabis from a licensed facility that provides lab analysis for you to review. 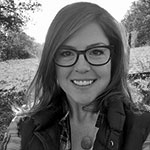 Colleen Mairéad Hughes is a cannabis industry consultant working on policy, community reinvestment, and workforce development strategies. She is president of the TRAEHNY Partnership & Development Corp., and Deputy Director for NYCNORML.