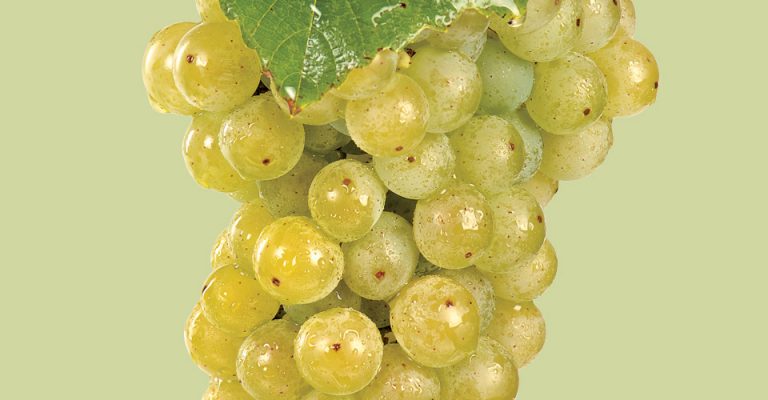 The wines made from the Cayuga grape are neither nuanced nor sophisticated; they are big and forward with lots of competing fruit flavors. The wines tend to be real crowd pleasers, and the grape is becoming popular in the Hudson Valley because it is also good in the field and in the cellar. Cayuga White is probably the most popular white hybrid grape variety ever developed by the Geneva Wine Grape Breeding Program at Cornell University, New York. It is a hybrid cross of the Seyval Blanc and Schuyler grapes. Schuyler is itself a hybrid of Zinfandel, the red vinifera grape used primarily in California.

Cayuga was first “bred” in 1945, but it wasn’t until 1972 when it was finally released as “Cayuga White.” The vine is winter hardy, along the lines of Seyval Blanc and other Geneva white hybrids such as Chardonel and Melody.

The grape is a reliable producer, productive, and generally resistant to fungus diseases. The grape cluster is large, long, slightly tapering, and well-filled. The greenish/white/ yellow-colored berry is large and roundish to ellipsoidal. It ripens around the second to third week of September, or later. Due to its hardy constitution, the fruit hangs well on the vine so that it can also be harvested later in the fall for the production of dessert wines.

Wines made from the Cayuga White grape can be good to superior, either alone or in blends. It can be made into dry, semi-sweet, and sparkling wines, and is often used as a component in blends to brighten up other more stodgy whites.

There are many different flavors associated with Cayuga White, depending on how the wine is made. If picked early, it can be made into sparkling wines with good acidity, structure, and pleasant flavors. When picked as it attains ripeness, Cayuga can be made into clean, floral and fruity, dry or semi-dry, still wines that have medium body and balance. These are bright, crisp and steely, and along with some spice, can have fruit flavors of apples, peaches, soft pineapples, spiced pears, grapefruit, and lemons.

When picked later in the fall, Cayuga can be made in the semi-sweet style, as the sugar gives the wine the body it needs to stand up to its big, forward fruit flavors. These wines can have strong assertive fruit bowl flavors of oranges, ripe pineapples, grapefruit, and honey that offer hints of labrusca and muscat flavors, similar to Delaware or Niagara. And, as these wines age, the same labrusca and muscat flavors manifest themselves more fully.

Some commentators have described Cayuga White as being similar to Riesling, while others compare it to Chenin Blanc. Generally, it is a much bolder and more straight-forward wine with grapey flavors that both Riesling and Chenin Blanc lack. Whether made as a semi-dry or semi-sweet wine, its more luscious fruit flavors of citrus, pineapple, apricots, and honey, and some Delaware flavors of guava and muscat come through.

Because of its very forward fruity flavors and acid profile, Cayuga White is perfect at picnics or when relaxing out on the porch in late spring and summer.