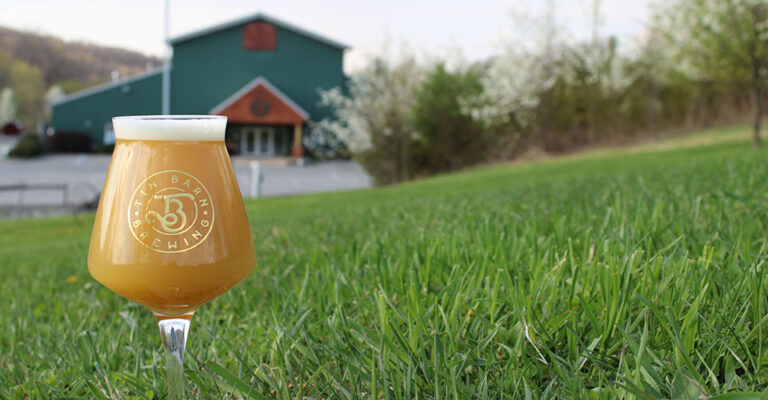 The Hudson Valley craft beverage scene has found its footing and is now experimenting with new versions of the classics. Orange County showcases an abundance of producers who are taking advantage of the region’s sought-after agriculture and raising the standards by creatively diversifying their product lines.

Many Orange County beverage makers are pioneering unique styles and adding intrigue with unexpected craft treasures. We talked with four producers about the products that are bringing attention to the region.

A Bourbon Barrel-Aged White and a Rare Red Grape

Many New York wine-lovers know Cayuga White, a hybrid grape bred at Cornell University. This citrus and green apple-tinged white wine is crisp and light, and is normally aged in stainless steel. Monica Pennings, co-owner of Christopher Jacobs Winery in Pine Bush, is pushing the envelope with their new offering, Gold Rush, by aging it in bourbon barrels from nearby Orange County Distillery. “It’s a limited edition and very experimental,” says Pennings. “The notes of bourbon are slight but you can pick up on it. It’s a wine through and through, but with a twist of distillery.”

Another experiment Pennings has underway is a wine made with the French hybrid, Oberlin Noir, an obscure red grape in the teinturier family. Teinturiers uniquely have red flesh as well as red skins (almost all grapes have clear flesh). For this reason, the wines typically produced from Oberlin Noir are inky with an earthy flavor and robust tannic structure—and mainly used in blends to add complexity. “Our red blend is unique” says Pennings,“it’s a blend of Cabernet Franc, Noiret, and Oberlin Noir. The Cabernet Franc adds structure, the Noiret gives spiciness, and Oberlin Noir adds color, but we also loved the flavors and depth it gives the blend.” Christopher Jacobs only has about 25 vines of Oberlin Noir planted which doesn’t produce a lot of juice, but with this grape, a little bit goes a long way.

Taste these new offerings at the winery on weekends from 12 pm to 5 pm, Thursdays from 4 pm to 7 pm, or on “Sunset Friday Nights” when visitors can take in the sunset over the Shawangunk Mountains and listen to live music, starting at 4 pm.

When Lauren Van Pamelen opened Tin Barn Brewing in Chester, her plan was anything but traditional. While the use of an actual tin barn to house the facility and taproom screams Hudson Valley, her beers are more outer space. With names like Queen of the Galaxy, Kaleidoscope Eyes, and Melted Gelato, you can guess that her approach is uncommon. “I don’t do traditional brewing at Tin Barn and I don’t have plans to make any traditional beer styles, either,” says Van Pamelen. “We love New England IPAs because they taste like OJ. I plan to keep expanding our heavily fruited sours and see what else I can brew up in that type of style.”

Although this thick and juicy style of beer isn’t traditional, it is becoming quite en vogue. “The Melted Gelato is definitely one of the most unique beers I make,” says  Van Pamelen. “It has the consistency of a fruit smoothie and really tastes like you’re drinking liquid velvet out of the bottom of your gelato bowl.” That’s out there!

Guests can quench their thirst with distinctive brews at Tin Barn with plenty of space for socializing. The property is massive with a 12,000 square-foot barn and 8,500 square feet outside. There’s an expansive two-level deck and live music stage. “We always wanted a location where we could enjoy a large outside space,” says Van Pamelen. If you look to one side you see views of Sugar Loaf Mountain and on the other are natural wetlands while still being only 45 minutes from New York City.” Even on a rainy day, they can host 300 people inside. “People go to breweries for much more than beer, and one of our favorite things to do is talk and share a glass with the people that come to us,” remarks Van Pamelen. “I call our vibe ‘farm-shui’—we are a little chic, a little rustic, but very warm and welcoming.”

Enjoy live music at Tin Barn Brewing every Friday and Sunday (and occasional Saturdays). The Annual Christmas Tree Lighting will take place on Friday, December 3, 2021 and will feature a special live show. Van Pamelen is sure to have an out-of-this-world release of holiday beers.

Do You Know Pommeau?

There’s no need to travel to Normandy to try Pommeau. Orchard Hill Cider Mill owners, Karl and Caroline duHoffmann, Andrew Emig, and Jeff Soons are pioneers of American Pommeau. So what is Pommeau? Traditionally, it is made by mixing two-thirds apple must (unfermented apple juice) to one-third of one-year-old Calvados (apple brandy). It is generally considered an apéritif and a perfect pairing to rich desserts or blue cheese and melon.

Orchard Hill’s Pommeau has proven to be a great representation of the category made on U.S. soil, and has blazed the trail for a number of other producers in New York State as well as other regions around the country. “It’s still a small, niche category,” says duHoffmann. “Pommeau is a great corollary to the cider industry—they are natural stablemates—brandy, cider, and Pommeau.” Orchard Hill’s Pommeau was even featured at a national James Beard award dinner. “It is definitely worthy to be on the best tables,” says duHoffman. “In France, it’s an overlooked step-child. Americans aren’t terribly familiar with it yet, but I hope they can see its virtues.”

Orchard Hill has two Pommeau expressions, the Ten66 (named for the Norman invasion of England) and the Ten66 Reserve that is barrel-aged and exudes a richer, more extracted flavor. It recently won a Good Food Award.

Orchard Hill is an estate cidery that grows all the apples used on-site, implementing what duHoffman calls “old school low-intervention.” “We make ciders that highlight the quality of fruit we grow,” he says. “There is a purity in our approach and the ciders reflect that. We are aware of cider history here—we are not trying to reinvent the wheel.” Look for new releases of draft ciders and a rosé in 16-oz cans coming soon.

Visit Orchard Hill for farm dinners once a month, enjoy a meal in the taproom, and live music on Fridays and Sundays. In the fall they offer U-pick apples and harvest activities such as hayrides and pumpkin picking.

Orange County Distillery owners Bryan Ensall and John Glebocki are going beyond the average distillery offerings. Their new Rye Barrel-Aged Maple Syrup is a collaboration with Finding Home Farms. “They produce the syrup and we season the freshly dumped rye whiskey barrels with it,” says Glebocki. “The syrup that comes back out of the barrels carries a slight amount of alcohol and the flavor of the charred oak and rye grain.” The maple syrup finds its way into seasonal cocktails served in the distillery’s Cocktail and Craft Beer Bar at Brown Barn Farms. The Field 47 combines their corn whiskey, lemon rosemary simple syrup, and the barrel-aged maple syrup; and Up on Smoke, made with their rye whiskey and the barrel-aged maple syrup poured into a glass that is smoked with a barrel stave.

The rye maple is not the only sweet-sounding thing at OCD. In addition to classic spirits, the team also produces a sugar beet vodka. “It is made from a white sugar beet—not a red beet— and carries an earthy taste,” explains Glebocki. “It’s great to mix with hot pepper cocktails.”

The sugar beets, as well as all of the grains used in the spirits, are grown on-site. Brown Barn Farms, where the distillery stands, is actually Glebocki’s farm—he is a fifth-generation Black Dirt farmer. “I have grown onions and vegetables for just over 20 years,” he says. “One hundred thirty years ago, my ancestors cleared much of the land I currently grow on.” Considered a farm-to-bottle distillery, they are one of the few craft distilleries in which the owner does the growing, handling, malting, cooking, and distilling of the product. “We started this distillery to create a value-added product from ingredients I could grow on the farm,” says Glebocki. “Everything is handmade by the owner from start to finish.”

Visitors can enjoy the views of Glebocki’s farm while sipping on craft cocktails and local beer and wine. The sprawling greens are dotted with picnic tables, fire pits, food trucks, and yard games. Coming soon, on the same property, is Orange County Brewing Company—set to open late fall 2021. 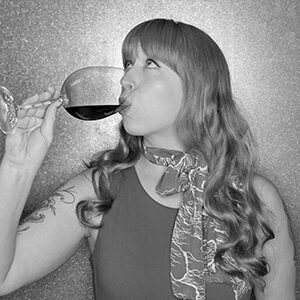