Celebrating the State of Cider 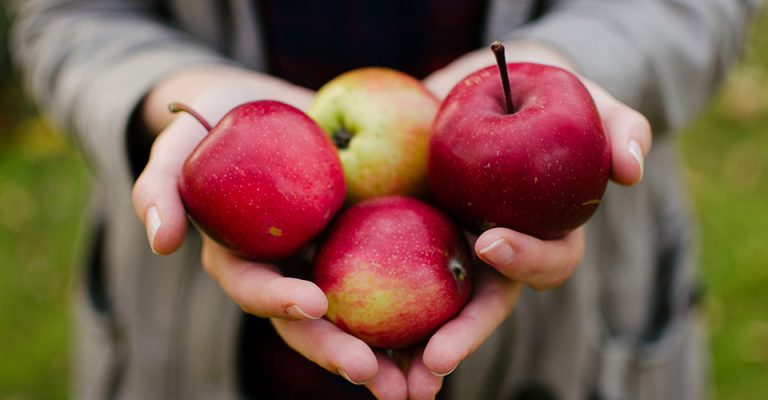 With more cideries than anywhere else in the country (90 and counting!), New York is a clear front-runner in the national cider industry. Thanks to the State of Cider brand identity project initiated by the New York Cider Association, finding authentic New York cider is now a lot easier. Earlier this year, the NY Cider symbol began appearing on bottles and cans to help drinkers recognize hard cider made in New York, from 100% New York-grown apples.

The logo not only celebrates the diversity and quality of New York cider, but also the deep tradition of growing apples in the state. “We believe that this project will result in better apple crop evaluation and land preservation in key apple-growing and cider-making regions,” said Jenn Smith, former Executive Director. The State of Cider branding is just one of the NY Cider Association’s many initiatives that help shine a spotlight on New York cider. Another is Cider Week.

Originally launched in 2010 by Glynwood, an agricultural non-profit based in Cold Spring, its purpose was to connect local cider makers with consumers and the trade in New York City and the Hudson Valley. Cider Week has since grown to a series of four regional festivals around the state, each spotlighting the work of the local farm-based cider makers.

All week long restaurants and bars throughout the boroughs will be casting a focus on New York cider. Special ciders by the glass will be offered at Gramercy Tavern, Huertas will feature cider flights, and Wurstbar JC will have cider and slider flights. Cider-centric dinners will take place at Txikito and Cookshop.

Celebrate the State of Cider and discover your new favorite New York cider at one of these happenings around the city. For a full list of events, visit Cider Week NYC events.

At the official grand tasting on November 14th, all twenty-nine cider producers will come together for The Lower East Cider Fest, a one-night takeover of the Essex Market. Tickets are $25 for cider sampling (more than 75 ciders) and cider-friendly vendor bites. A limited number of All-Access tickets which include a cider chat hosted by Glynwood and Angry Orchard with a special NY Cider cocktail demo and chef-paired bites, are also available.

Other highlights of the festival include a free Heirloom Apple Tasting at Union Square Farmer’s Market on November 8th, and a Cider & Cheese Pairing class on November 9th at Murray’s Cheese with UK author James Rich who will create cheese and apple pairings from his cookbook “Apple”.

Closing out the event on November 17th, Brooklyn Cider House will host the Bushwick Hard Cider Festival & Market for a festive day featuring 60+ craft hard ciders and live music with bottles and bites for purchase.

Curious about the Hudson Valley and Capital Region producers participating in Cider Week NYC? Flip through the Ultimate Cider Guide to find out more.