A Revolution a Decade in the Making 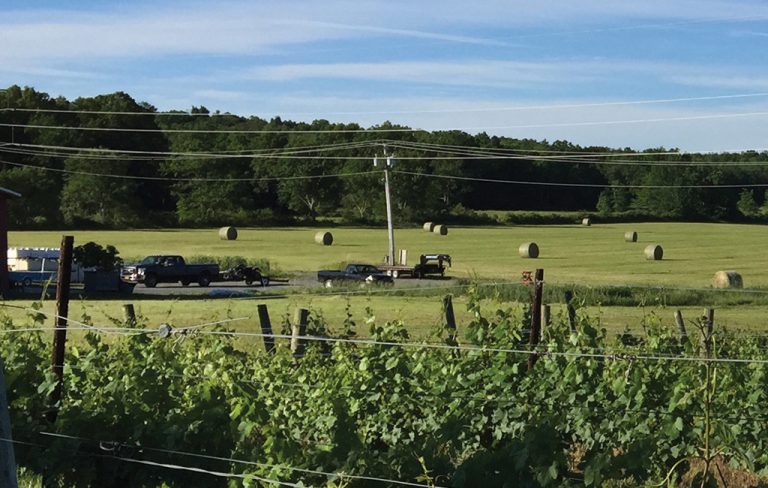 When the first issue of Hudson Valley Wine Magazine came out ten years ago, the state’s Farm Distillery Law was only a year old, the Farm Brewery License was still a few years away, and even the established vineyards in the Hudson Valley weren’t always taken seriously once you left the Hudson River’s watershed. But today, the region’s wines are being held in high regard all over the world, distilleries are making liquors of every imaginable variety, national cider companies are moving to the Hudson Valley, and you probably know at least one person who’s making beer, either in their kitchen or at a brewery.

How did all of this happen so quickly? And what happens next? To find out, we reached out to some of the region’s most influential winemakers, visionaries, shop owners, writers, and other VIPs to get their thoughts on how the Hudson Valley’s craft beverage industry evolved over the past ten years, and where the scene is going in the next ten years.

As a whole, the Hudson Valley wine industry has had, and continues to have, many challenges in telling its story and of forging an identity, but many of the wines have earned their place at the table with the classic wine-growing regions of both the Old World and the New World. While it is quite satisfying to taste excellent vinifera-based wines, I have also definitely noticed a serious uptick in quality among the hybrid-based wines. We can only hope that Hudson Valley wine expands its footprint over the next ten years, because this would mean a continuation of a farming tradition in an area that has been “discovered” as the new Brooklyn or whatever. While wine may have a kind of lifestyle appeal, farming is hard work, especially when developers are throwing money at you to buy your land, making the cost of farm land both scarce and prohibitively expensive. If, however, local growers and producers commit and recommit themselves to making fine wines in the Hudson Valley, the wines will be excellent. All of the raw material is here, including the terroir and personal passion.

I think the biggest change has been the explosion of the craft industry, which has positively affected tourism. With more places to go for tours and tasting, visitors are drawn to come and stay longer. Since 2005, transportation had always been the area in which the most dollars were being spent by tourists to the region. But the amount spent on food and beverages has been steadily increasing since then, and last year it overtook transportation to be the new top category. I think over the next three to five years we will see a continued expansion, particularly in the hard cider and spirits area, bringing even more tourists to the region. More products like barley and wheat are being grown locally, and the Valley is increasing in businesses. Also, with sake being added to the mix, there is a lot happening.

Since Millbrook has been here almost 34 years now, the last 10 have seemed blissful. Governor Cuomo has been a huge proponent and supporter of craft beverages, and tourism in general, which has helped Millbrook and the rest of the craft industry a great deal. The farm-to-table movement and people wanting to serve local products has also been a big part of our growth. As we are one of the wine pioneers, along with Benmarl and Clinton Vineyards, we know it takes time to establish a brand and find your niche.

My hope, if many of the newcomers have the wherewithal, is that the Hudson Valley will be a great New York City destination for wineries, distilleries, cideries and breweries – much like Napa and Sonoma are to San Francisco.

The growth of farm wineries, breweries, distilleries, and cideries has been significant in the last ten years. Much of this is due to New York State’s recognition of the alcohol beverage industry as a key player to the state’s economy and its willingness to reduce some of the regulatory requirements. The ability of craft distributors to connect more with consumers through opportunities like presenting their products at local markets and opening branch offices has also played a compelling role in allowing more interactions between the local producer and the consumer. In the next ten years, we hope to see more direct interactions between Hudson Valley producers and consumers through festivals and other social outings that embrace place of origin. It would be great to see the region continue to enlighten consumers of the importance of American Viticultural Areas (AVAs) and appellations of origin.

The wine/craft beverage business will continue to grow, especially on the agritourism side, because of the rich history of the Valley, extensive open space, natural beauty, and a large population within an hour and a half. People are seeking destination experiences and not just buying opportunities.

In 2008, there were wineries around, but there weren’t all the craft beer places, cideries . . . and there were only a couple distilleries. Now from here to Albany there’s a craft beer trail, a cider trail, and a distillery trail, in addition to all the wine trails. That means a lot of new businesses, a lot of employment for people. Now we have craft facilities with restaurants tied into them. There’s Mill House Brewing in Poughkeepsie, Two Way Brewing, Yard Owl, Ale Works — all these guys started out buying supplies and equipment in my shop, trying to figure out what they were going to do, and now they all have businesses. They really created something big here in the Hudson Valley. What we’re all looking at for the future is: when is this going to peak? But right now, it’s full steam ahead. We’ve even got people making kombucha all over the Hudson Valley!

When I first got involved in the Hudson Valley wine industry it was very fragmented and didn’t have a strong identity. There were a few wineries that stood out as producing decent wine and that is where it ended. As the years went on, the winery owners and winemakers began working together to raise the quality of the wine in the region. Today the region’s wines shine, getting good scores in Wine Enthusiast and Wine Spectator. In ten years I can see more craft beverage producers working together to create new products, and more co-operative tasting rooms where you can experience the many craft producers in one location, along with events at those locations throughout the year. I am very proud to have been a part of the evolution and growth of this region.

There’s been an increase in the amount of producers across all beverage categories in the Hudson Valley, and that’s refreshed consumer interest in locally-made beverages. The winemakers and other artisans working in the Hudson Valley have also really raised the quality of their products.

Going forward, the newest trend in the wine industry is going to be forming a better connection with the New York City market, both via increased tourism and better distribution by retailers.

Having been involved in running the Hudson Valley Wine and Food Festival for the past 17 years, we’ve seen huge changes from when we originally started. Everyone’s learning how to take advantage of their terroir, like Pinot Noir in the Hudson Valley. Then you add the craft beers, ciders, distilleries; thanks to the change in legislation, that opened up the playing field. That’s why you see hundreds of breweries and distilleries now across the State.

You’re going to see the innovative get better, you’re going to see some people come and go. It’s going to continue to be a very robust industry and be great for the local economy, with the law requiring that 70% of raw materials for craft beer and distilleries comes from New York State. That’s huge for agriculture, for open space, and it’s a great employment vehicle across the board.

The Hudson Valley has become host and home to a crop of small batch, hands-on wineries and distilleries, and the products are fabulous. This is part of the return to small town shopping. Our customers want to support their friends and neighbors by buying local products and are appreciative that what they are purchasing and drinking is high quality, well made, and good tasting. There are many more local choices than there were ten years ago and the quality is there, which makes it easy for a small store like ours to support local producers. If the products weren’t good, the demand would not continue to be there. I also think the resurgence of cocktails contributes to consumers wanting high-end ingredients for mixing. There is every reason to believe the local farm to glass movement will continue, and the Hudson Valley will benefit from the bounty of our grains and grapes.