What to Know as Hudson Valley Wine Country Reopens 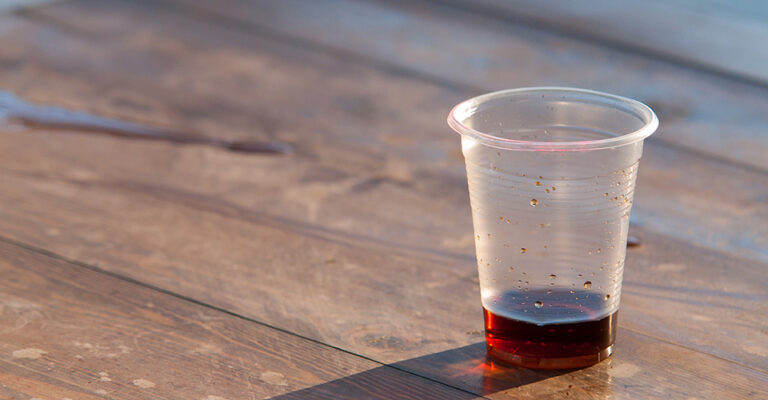 The Hudson Valley’s charms are legion—between the patchwork of diverse family farms, the Shawangunk mountain range, the delightful cities (we’re looking at you Beacon, Peekskill, Kingston, Poughkeepsie, and Newburgh) and the extraordinary towns (hey there, Hudson, Rhinebeck, Catskill, Millerton), there’s something for everyone. And while people in the know have long hailed the quality of wine and craft beverages being produced here, the rest of the world has caught on, too.

The Shawangunk Wine Trail was named one of the top 20 must-see destinations by National Geographic Traveler. The Hudson-Berkshire Trail is considered one of the top five beverage trails in the country. The New York Times, Food & Wine, Wine Enthusiast, and Time Out are among the publications urging oenophiles to visit the Hudson Valley and explore its tasting rooms.

And here is the thing: visiting the region’s producers is essential if you want to sample their beverages, especially now. While producers all across the country have suffered due to closures from the coronavirus pandemic, months-long shutdowns can be devastating for small-scale, family operations like many here in the Valley who depend on foot traffic for the lion’s share of their income.

Thankfully, after being put on pause for several months, the Hudson Valley’s wine and spirits country has reopened. The pandemic has changed how local producers do business and there are more logistics involved, but, bottom line, nothing has changed in terms of their spirit of hospitality, and the desire to share their craft with visitors.

Over the last few months, producers had to become creative to respond to the ever-evolving, State-mandated rules.

“What we and a lot of other producers have done is double down on our core proposition,” says Kim Wagner, who co-founded Stoutridge Vineyard & Distillery in Marlboro, along with her husband Stephen Osborn. “Our taxes are due whether or not we were shut down for four months, so when we could reopen, we were prepared to do whatever we had to do to make it safe and viable.”

Not that it has been easy. Producers learned during Governor Andrew Cuomo’s morning briefing on Thursday, July 16, that establishments statewide would no longer be able to sell alcohol without food. By later that evening, the State Liquor Authority outlined the new rules, which varied drastically depending upon the type of license the bar, restaurant, or tasting room held.

The pandemic has changed how local producers do business…but, bottom line, nothing has changed in terms of their spirit of hospitality, and the desire to share their craft with visitors.

“Steve and I are keeping up with the rule changes and adjusting as needed,” Wagner explains. “Because we’re a manufacturer and don’t have a Board of Health–approved kitchen, we are just required to provide snacks with wine. Snacks that don’t require utensils, like cheese sticks, chips, and peanuts.”

While they have always had snacks available for purchase, the new rules stipulated that a food item had to be included with a wine tasting. So Wagner made adjustments. Instead of offering their standard tasting for fifteen dollars, she now offers the same tasting with a snack included. Customers get to eat the snacks, but Stoutridge is eating the cost.

Other producers echoed Wagner’s observations, saying that keeping up with the evolving rules was challenging, but necessary if they wanted to survive the crisis after a four-month shut-down.

Another quandary for producers has been how to serve samples safely, and from a distance. How does a tasting room maintain a social vibe when customers are banned from elbowing up to the bar?

“We had to institute drastic measures to keep everyone—employees and patrons—safe,” says Jan Palaggi, co-owner of Palaia Winery & Meadery in Highland Mills. “We came up with a ‘take away’ wood tray that holds six, small, stemless glasses. The customer chooses what they want to taste, we pour the samples, and they take it to their table along with notes on the wines.”

Palaia, renowned for its laid-back vibe, has erected plexiglass at the bar and has lines drawn to keep people six feet away. An employee devoted to cleaning and disinfecting wipes surfaces every 30 minutes. But the ’60s spirit of the winery remains, even with the red tape. And please, follow the state-mandated rules, Palaggi and the other producers urge. “You just have to be sensible,” she says.

Brotherhood Winery in Washingtonville, celebrated as “America’s Oldest Winery,” has transformed the sales room layout to “enable a traffic flow pattern that helps people spread out,” Renee Schweizer, Brotherhood’s marketing manager, says. “In the past, we were able to fit about 12 standing guests at each of our tasting bars. Now, stools have been added and there is a maximum of six people per bar. There are also plexiglass dividers between the guests and our wine attendants to help everyone feel safe.”

While communicating in sparse groups between plexiglass sounds anything but personal, Schweizer, like Palaggi, says that the guest-centric spirit of the winery remains unchanged. If anything, she says that the “tastings have become more intimate. There is more time for questions, wine tasting choices, and one-on-one interactions between staff and guests.”

Creating “to-go” tasting flights that allow guests to grab wine and drink it outside, has become standard around the region, and so far producers say both patrons and their employees have absorbed all of the changes with enthusiasm.

At Clearview Vineyards in Warwick, owners Frank and Karen Graessle have expanded their footprint, allowing visitors to enjoy the winery and vineyard safely. Clearview added picnic tables outside, enabling them to handle just about the same number of guests as they did before the new capacity limits. Visiting, the Graessles note, is first-come, first-served, and they allow their patrons to sample six, one-ounce pours of wine at their own pace, accompanied by tasting notes written by the winemaker. Each tasting comes with a complimentary wine glass that visitors bring home.

People aren’t coming to party…they’re coming to learn, and have an experience.

Stoutridge and Palaia have also added tables outside, and their indoor spaces have been arranged so that guests can group around tables six feet apart. Palaia also allows visitors to bring their own chairs to set up outside, as long as they keep six feet away from other groups.

Distilleries are taking the same tack.

“Everyone is taking the changes and adjustments in stride,” says Paul J. Coughlin III, founder of the Taconic Distillery in Stanfordville. “People are happy to be back out, and since the opening of Phase 4, the weather has cooperated, making it much easier for patrons to enjoy our outside patio.”

The days of sitting at tasting room bars and getting to know neighboring patrons are over, for now. Bars are for ordering only, and wandering around a tasting room is no longer allowed, according to State mandates.

But instead of waxing nostalgic about the days of yore, most producers and visitors are embracing the roominess and additional opportunities for in-depth interactions.

At Stoutridge, the private event space has been revamped so that people who want to learn more about their winery could book twenty-five-dollar tastings with the winemaker, Steve Osborn.

“People aren’t coming to party,” Wagner says. “They’re coming to learn, and have an experience.”

Many wineries can no longer accommodate large buses or tour groups, and have adjusted hours and opening times to serve more people in smaller increments. (As hours and rules have changed throughout the pandemic, it’s best to consult each producer’s website for up-to-date details, reservation requirements, and limits on group sizes.)

While many have canceled indoor music events and rescheduled larger festivals, Clearview, Palaia, Warwick Valley Winery & Distillery, and others, are still rocking live music outside on the weekends. Taconic, on the other hand, canceled all of their events through to late Fall. Brotherhood took the middle road, canceling large-scale events like their Pig Roast, but keeping the free live music events in place.

Interestingly, the producers we spoke to have seen their sales increase, or at least remain level compared to previous years. This is not necessarily echoed by smaller producers in other parts of the country.

The relative success here speaks volumes about the quality of the products, and also the deep connection, loyalty, and rapport local producers have with their guests.

“We could not have made it through this without our core group of supporters and visitors,” Wagner says. “We’re in an even trickier situation than some of the others in the Hudson Valley, because our natural wines can’t be shipped. If our key supporters hadn’t driven in from New York City, Boston, Philly, and from the surrounding towns to pick up a case or two, I don’t know if we would have been able to pay our bills.”

Under normal circumstances, drinking farm-based wines and spirits in tasting rooms next to the fields in which they’re grown feels pretty fantastic. But now, as we grapple with a new post-pandemic reality, supporting community-based businesses while relaxing with a well-made beverage in a spacious and safe space feels a bit like…magic.